Bear Grylls Says a Personal Thank You and Goodbye

Global Adventurer, bestselling author and TV host Bear Grylls is saying a personal thank you and goodbye to his Great Uncle’s cousin, Gilbert Talbot, who died in France, aged 23. Here is Gilbert’s story:

Gilbert Talbot was born on 1st September 1891, the youngest son of Right Reverend Edward Stuart Talbot, the Bishop of Winchester, and Lavinia Lyttelton. He was the youngest by 11 years, and by all accounts, was an incredibly determined and confident child.

In 1910, Gilbert left Winchester College to go up to Christ Church, Oxford to read Greats, where the strong personality that was so surprising when he was a child now marked him out as a born leader.

While at Oxford, Gilbert became a founder member of the New Tory Club, as well as secretary of the Canning Club and, eventually, President of the Oxford Union. It was well known amongst his Oxford contemporaries that he intended to go into politics and was widely expected to enjoy a brilliant career.

After graduating, Gilbert acknowledged that he was too young to go straight into politics and planned to travel. He set off with a friend, Geoffrey Coleman, on 31st July 1914 for a world tour. However, once they landed in Quebec they heard the news that war had been declared three days before. Within 12 hours they were on the way home to volunteer for service.

Gilbert was commissioned into the Rifle Brigade, 7th Battalion, where he was in charge of 54 men. He was a popular leader, as it was well known amongst his men that he put their welfare before his own.

On 19th May 1915, the Rifle Brigade headed to France, where the Second Battle of Ypres had reached a stalemate. Two months later, on 19th July the British attempted to seize the initiative by exploding a mine under the German line near Hooge, creating a huge crater. The rim of the crater rose 15 feet above the natural lie of the land – a perfect vantage point that the Germans were determined to capture.

The crater at Hooge

Gilbert spent several days in the crater, with the 7th Battalion, trying to defend the vantage point before they were relieved on 30th July. Only half an hour later they were ordered back – the 8th Battalion had been overrun.

The routing of the 8th Battalion had a great deal to do with the use of a new weapon – flamethrowers. These were hoses that could squirt ‘liquid fire’ up to 40 yards ahead of the men wielding them. There was nothing the 8th Battalion could have done in the face of such a weapon.

High command was determined to respond and see off the German advance – despite the fact that a counter-attack in broad daylight was almost certainly a suicide mission.

Gilbert and his men waited in Zouave Wood while the crater was bombarded and Gilbert spent time walking among his men and talking to them, before the noise from the bombardment became too much.

Seconds later, Gilbert was dead at just 23. The attack failed and barely any of Gilbert’s platoon survived.

Two days later, one of Gilbert’s brothers, Colonel Neville Talbot, now Senior Chaplain to the Sixth Division, arrived at Hooge to find out what had happened to his younger brother.

Neville discovered that Gilbert had never believed that the British bombardment would knock out the German guns; he had known that whoever led the first wave of the attack was unlikely to survive. Gilbert’s batman, Nash, was with Gilbert when he died, trying to staunch the flow of blood from a wound in Gilbert’s neck. He told Neville that Gilbert smiled before he died.

Neville was distraught at the idea of his brother’s body lying out in No Man’s Land, so he crawled out that night and found his brother, though he was not able to bring him back to the trench. Eight days later, the crater was recaptured and Neville took three soldiers to recover and bury his brother’s ‘poor blurred remains’.

Gilbert was one of the the stars of his generation and was determined to put his considerable talents to work in government and make positive changes in the lives of many who were struggling. He became one of many whose potential was destroyed in the trenches of the First World War. Determined that some good would be done in his brother’s name, Neville set up a recuperation centre, Talbot House in Poperinghe four months after he died. 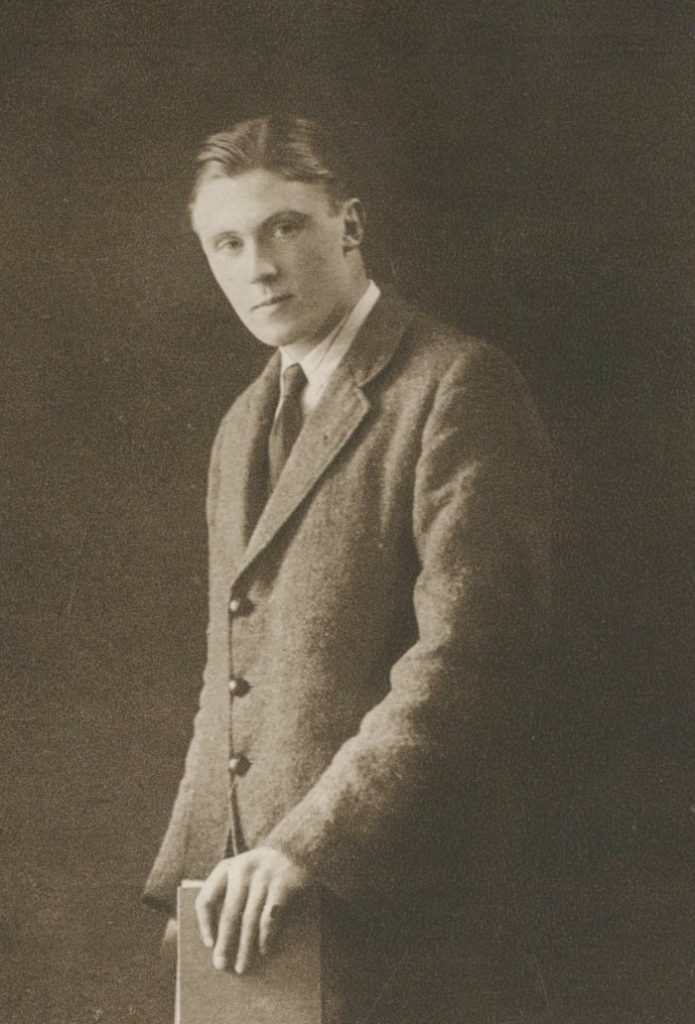